Marionette is an open hardware, firmware, and software project to bring expensive DAQ system features to the masses. It’s 2015, so instead of some complicated weird FPGA or whatever, we can throw a regular old microcontroller at this problem and get “good enough” features. Features like:

Also, we wanted this to be heavily Python based, because we all use Python for prototyping because Python.

Finally, the name is K’s fault. Who would name an awesome open project after creepy puppets?! 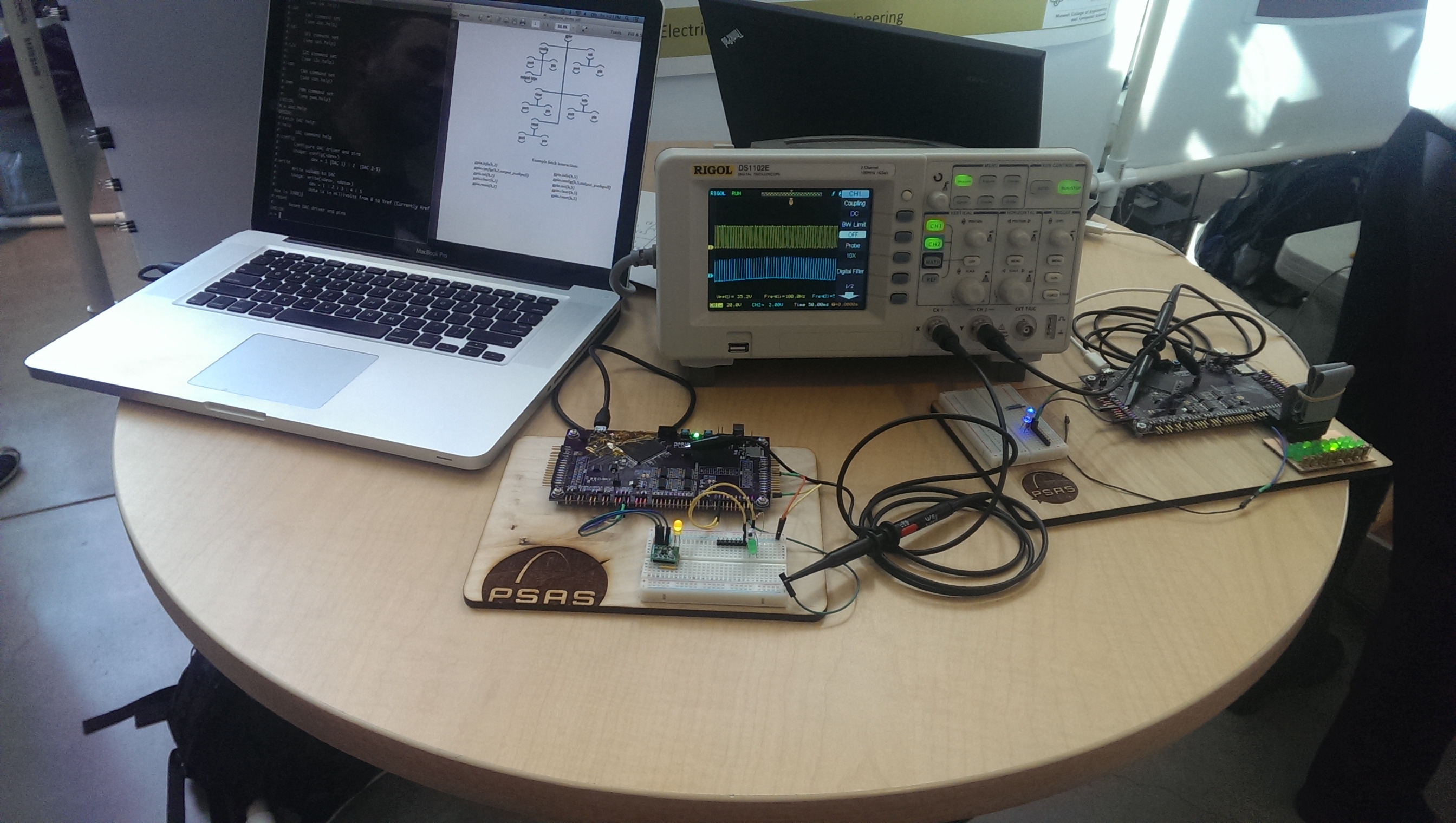 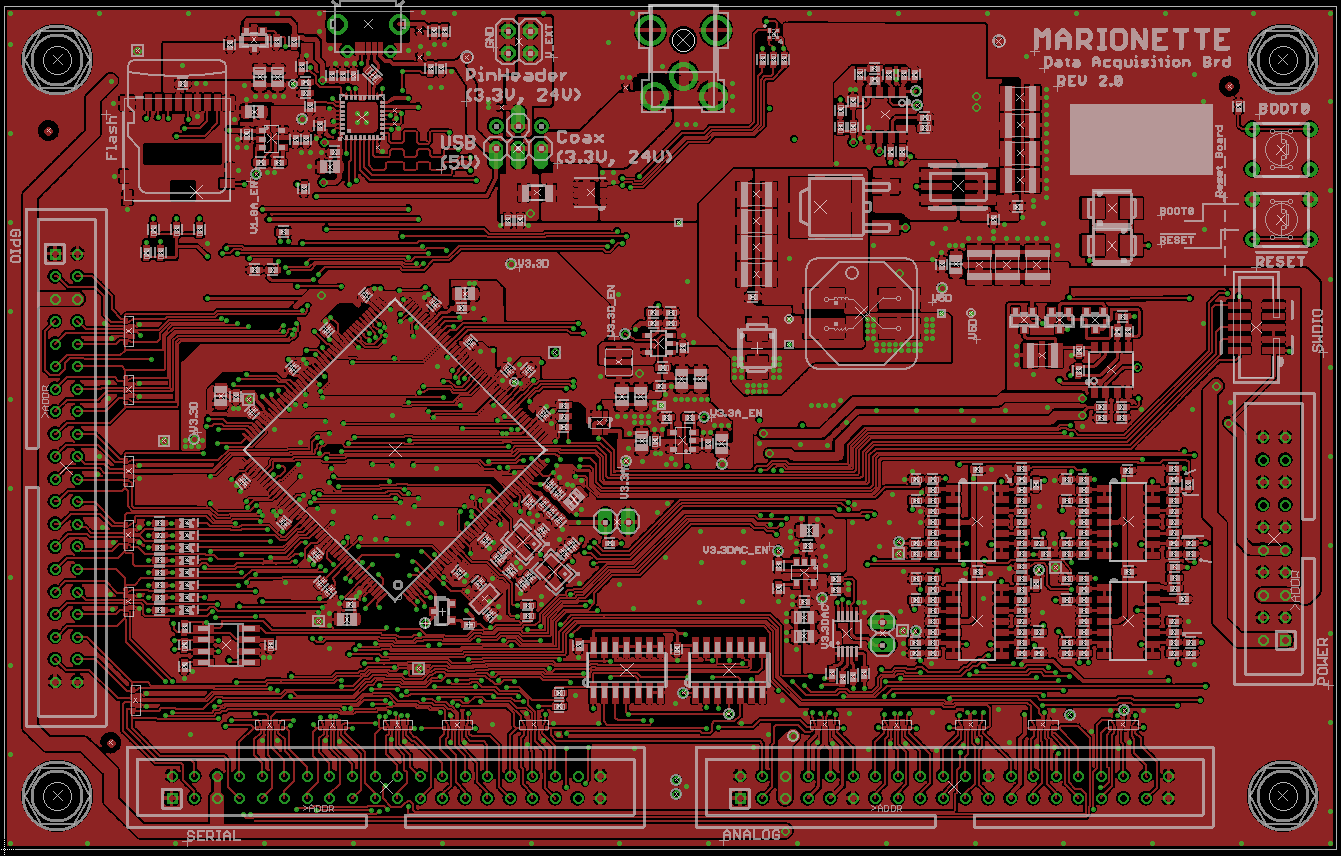 We’ve all used things like Labjacks and Arduinos for all of our DAQ before, and frankly, they’re terrible. Arduinios are fast but slow and useless as soon as anything gets complicated, and Labjacks are spendy for good performance and despite being the industry standard and having an open API, they’re just… weird. Their API is hard to understand and use, and there are weird drivers, and parts are open and other parts aren’t… etc etc.

We wanted something reliable and fully open. That can do sophisticated things.

These are totally wrong, but here’s what we started with: